5 things you need to know to market to China

Unless you have been living on Mars, in a cave, with your fingers in your ears, you’ve probably noticed that China is a big deal these days. Rapid economic growth and a vast population has spun China into the world’s second largest economy, and made it a goldmine for foreign companies looking for a virgin market to explore. With so much new disposable income in the hands of Chinese citizens, foreign companies are desperately trying to work out how to effectively market their products in a country with major cultural differences.

Did you know about foreign restaurant franchises in China skewing their menus to offer more chicken dishes than their European or American counterparts? Or how about the time that Sprite ran an ad featuring a blacklisted Taiwanese singer, which cost them massive financial losses?

There are a million and one different ways in which ads need to be carefully localized when marketing a product in China. For example, adverts featuring families might tend to show fewer children, to make them more relatable, and companies promoting holidays abroad may wish to not spend time highlighting beaches and sunbathing — as many Chinese women prefer to avoid tanning.

Also, the Chinese calendar is different. With less of an emphasis on Christmas, and more of an emphasis on Chinese New Year and events like Single’s Day (Their Black Friday equivalent). While many companies deftly tailor their brands to the Chinese market, it’s important to remember that many foreign products, particularly luxury goods, are in demand because they are non-Chinese and exotic. A careful balance must be struck between localization and over-localizing foreign brands.

2. Know your Taobao from your Baidu/Your Wechat from your Alipay

In the modern age of digital marketing platforms like Facebook, Twitter, and Google have become essential for communication with current and prospective customers. But in China, many of these foreign platforms are either blocked by the great Chinese firewall, or simply unused. So what do they use instead?

Baidu is the Chinese version of Google, and many companies looking to advertise directly to the Chinese market may need to look into hiring a specialist who knows Baidu’s ins and outs. The same can be said for Wechat — a sophisticated messaging app also popular in the Philippines. While people in Europe and America use apps like Whatsapp, China is hooked on Wechat due to its versatility (you can book flights, cinema tickets, and transfer money between friends on it), and many companies use it to make sales and communicate with groups of customers.

Alipay is the Paypal of China, and Taobao is their eBay. Ebay shut down its China operation in 2006 after losing a war with Taobao. Jack Ma’s behemoth of an ecommerce site has now become an important part of millions of lives in China, and selling products through it can be a basic way for smaller companies to enter the Chinese market. Competition is tough though, so you’ve been warned!

Think your product might not fly in China? Think again. Many companies are actively working to change Chinese perceptions and hook the Chinese on something they never cared for before. In Shanghai you will find famous Scottish whiskey companies running free sampling sessions, including videos and a lecture on the history of whisky. Considering that China now produces more wine than any other country in the world, even though China was never traditionally a wine country, could the same happen with Scotch?

4. Agencies on the ground

It’s a brave company that looks to enter the Chinese market without some local help. Major ad agencies like Ogilvy and Mather have been here for a while now, and new upstarts like Fred & Farid are making waves with some of their ad campaigns for foreign companies. It’s an easy thing for a local ad man to claim that foreign advertising strategies are useless in China though. So always keep an eye out for trigger happy ad men, it could be that your international campaigns would work fine in China too.

The last thing for any marketer to remember is that China is diverse. Treating it as a single country could lead to massive losses on advertising and marketing campaigns. People outside the major cities can have wildly different values to the modern, cosmopolitan masses. There are large Muslim cities in the north, massive metropolises in the east, people working in rice paddies in the west, and even a communist utopia like Huaxi.

Anything to add? Let us know in the comments… 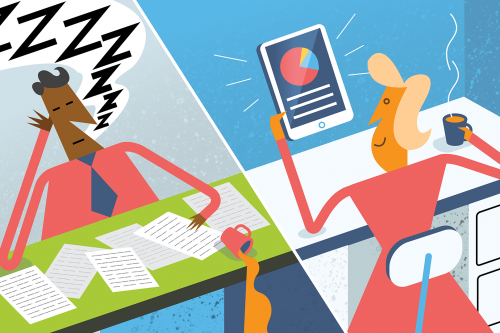